Watch a video lesson about the system console here: https://youtu.be/ehHnNu6M55M.

Generally, the system console represents a text terminal, which means that it accepts and visualizes just text without any graphical elements like buttons, menus, etc. It usually looks like a black colored window like this one: 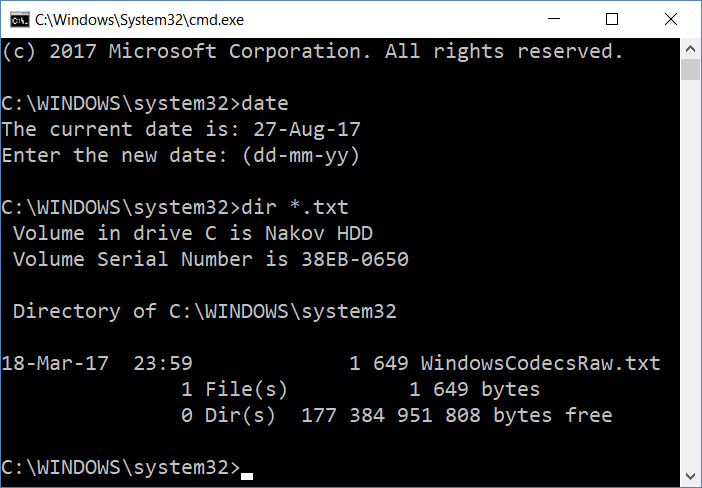 In the next examples we will read data (like integers, floating-point numbers and strings) from the console and will print data on the console (text and numbers).