Watch this video lesson to learn how to draw a pyramid of numbers using nested loops and the break operator: https://youtu.be/SWU-gQa31QI.

We can solve the problem with two nested loops (by rows and columns) with printing in them and leaving when the last number is reached. Here is the idea, written in more details:

Implementation of the Idea

Here is an example implementation: 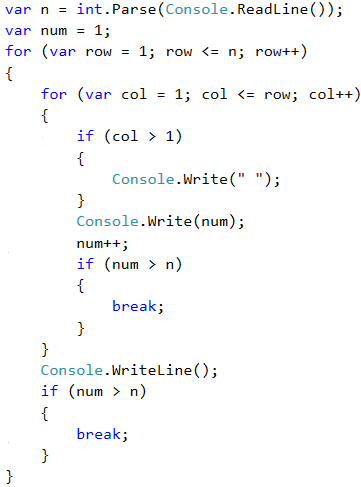