Problem: * Point in the Figure

Problem: * Point in the Figure 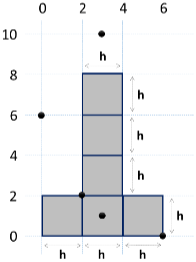 Write a program that enters an integer h and the coordinates of a given point {x, y} (integers) and prints whether the point is inside the figure (inside), outside of the figure (outside) or on any of the borders of the figure (border).

A possible logic for solving the task (not the only correct one): 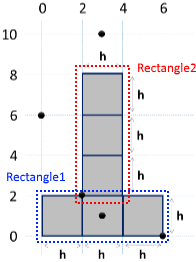 Implementation of the Proposed Idea

An exemplary implementation of the described idea (parts of the code are blurred with the purpose of stimulating logical thinking and solving skills): 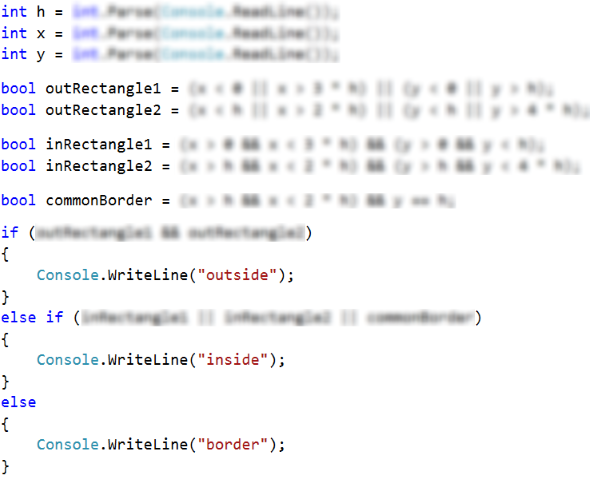